Available in my Music Store

"This is a lovely and relaxing body of music from Nicholas Milosevich, a worthy ancestor in the beautiful lineage of artists like Brian Eno. My favourites are ‘Ocean road’ and ‘No Easy Goodbye’.

Well done, and thank you Nicholas." 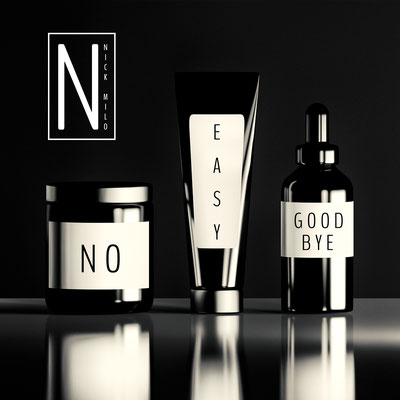 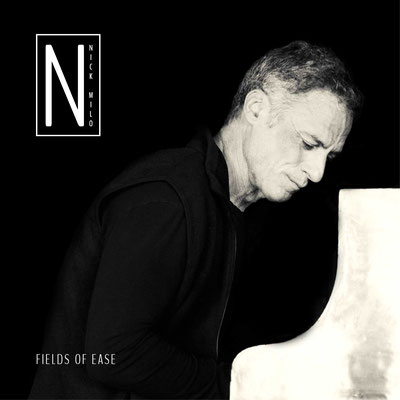 Ambient, environmental music to promote attention and relaxation. Created for the office of Dr. Habib Sadeghi, “Be Hive of Healing”

"WAITING ON THE WIND"

"All The Lost Angels" Songs by Rocky Maffit and Nick Milo

"All The Lost Angels" Songs by Rocky Maffit and Nick Milo.

This music was created across continents and countries, in hotel rooms and spaghetti wired recording studios, bedrooms and dark vocal caves.

Along the way we discovered a method of making music with a cast of international musicians and friends that could never be assembled in one location. This requires not just great musicianship, but great trust. And, of course, high speed internet.

Nick,I just spent a marvelous day and a half listening to All The Lost Angels. There's so much in it to talk  about, I hardly know where to start.  But I'll start: The whole album is so personal, I think I would know Rocky if I sat down next to him at a bar in downtown Tucson or Manhattan.  His words and his voice made me feel the hope and the pain. The songs are totally formed and each of them is saying something we need to hear.  Love the melodic construction and the feeling of completeness in each song. And the arrangements: the background of every song grabs us and does not let go, each successive track different from the last. And your keyboards are absolutely on the mark.  I think you and Rocky (and all those talented singers and players who took part) can be proud of this album.

While Grammy and Emmy nominated arranger and trumpeter Greg Adams will forever be renowned as a co-founder of the legendary Tower of Power, it’s exciting to note that his equally explosive ensemble East Bay Soul is quickly closing in on its first decade of kickin’ recordings and performances. The brass fired ensemble’s stirringly eclectic latest album CONVERSATION has it all and, per its title, connects on many emotional levels. It’s got loose, greasy funk, easy flowing traditional swing, sly strutting sensuality and phenomenal, brass fired R&B vocal tunes by lead singer Darryl Walker – including a searing twist on an Otis Redding classic. Get in this CONVERSATION!

The first album I recorded with TOP was “Monster On A Leash” released on Epic Records in 1991. The previous album was released in 1987 and the band almost disintegrated from what Doc Kupka referred to as one’s “Controversial Personal Lifestyle.” Huey Lewis and the News were at the height of their popularity in the mid 80s and Huey brought the horn section on board as the band floundered with no record label. With a new, younger band formed in ’88—’89, the band was signed to Epic Records. Monster On A Leash was the new release. Records sales were good. I’m a cowriter on two songs for this album, “A Little Knowledge Is A Dangerous Thing” and “Mr. Toad’s Wild Ride”, the instrumental for the album written with founding member, Greg Adams who I still write and work with today.

With “A Little Knowledge…” I was invited by the guitarist at the time, Zeke Zirngiebel to help him and his writing partner, Dana Myers, work on a bridge. Zeke and Dana had the chorus written and the verse, too, but without lyrics. After the one session when I wrote them a bridge, nothing happened for weeks. Finally I called and asked what was happening with that cool tune they started? They were stuck on the lyrics for the verses! It took a few days but I eventually came up with the words too, for the body of the song.

It was my first submission to the band and I ended up writing as the bridge, a duet note for note between the guitar and the horn section. Later I was nervous playing it for Greg, the world renowned horn arranger for the Tower of Power horns. He listened on headphone - if I recall we were on a bus-took the headphones off and said, “Yeah. Let’s go with that.” He and I went on to write the instrumental for the album. Both songs were included in the live set in subsequent years.

The next album for me was T.O.P. in 1993. I was cowriter on four songs, “Please Come Back To Stay”, “I Like Your Style” and “The Real Deal” all with Emilio and Doc, and “Cruise Control” another instrumental with Greg Adams. A couple of stories “Please Come Back…” is a 6/8 soul ballad like “You’re Still A Young Man” or “Just When We Start Makin’ It” that TOP was famous for. I had the chorus music written when Mimi and Doc came in. Pretty much in one session they had the lyrics for the chorus as Mimi was going through a breakup with his first wife. Later, Greg’s horn arrangement on the bridge is over the top and went over live Big Time. The tune “I Like Your Style” ended up in the Robert Altman film, “Ready To Wear”. The instrumental introduction of the song is used for the theme music for Kim Basinger’s character, a fashion commentator.

1995 “Souled Out” was released. It was an honor and great experience to work with producer and keyboard wiz, Jeff Lorber. He insisted he produce and I play which was something.

“Rhythm & Business” 1997. “That Was Then and This Is Now” I wrote with Mimi and Doc. “Spank-A-Dang” is an instrumental I wrote with the drummer at the time, Herman Mathews, who I work with today in Greg Adam’s band, but that’s the next story…

There’s a DVD of the 40th Anniversary concert from 2008 that I’m in. Many alumni were asked to participate. At one point there were 15 horn players on stage, 4 keyboard players, two drummers. For the 50th everyone was invited, but onstage were the current band, a few extra original members and a string section and background vocal group on a riser in the back. It was an incredible show.

Thanks for sharing me!